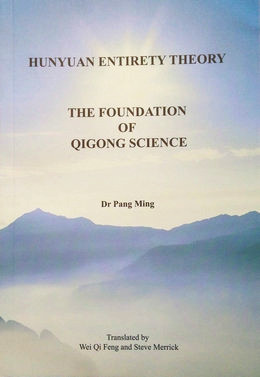 The Foundation of Qigong Science

The Foundation of Qigong Science by Dr. pang Ming

Hunyuan Entirety Theory is above all a scientific book. Repeatedly it views life from two perspectives: that which is commonly perceived or understood and that which is uncommonly known. The book itself is written from the latter perspective, or what we might call the entirety state of Doctor Pang. This makes it a book of science that naturally reaches beyond the scope of modem science. With a central principle that cannot easily be defined or even commonly perceived, Hunyuan Entirety Theory states that everything in the universe is a manifestation of hunyuan qi, that the transformations of qi are the natural laws governing each and every life, and that these laws can be known.

This second book deals in-depth with the Scientific Theory behind Zhinenq Qigong. This dense work is idea for the experienced practitioner who wishes to find the answers behind one of the World’s most sucessful Qigong systems.
The principles of qiqong
The principles of taiji
The principles of life science
The starting point of a new human culture